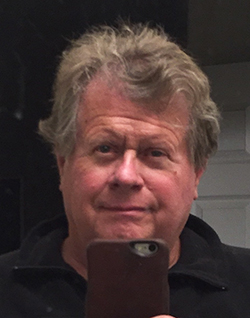 I began photography in 2001 after acquiring a Mamiya 7II and 65mm Sekor lens.  This is a medium format film camera that shoots 120 or 220 film. The lenses for this camera are stellar and the image quality rivals 4x5 film.

I've since owned several cameras including several Arca Swiss Field 4x5's, Mamiya RZ67, and Contax 645. I first used the Contax 645 with film then acquired a Kodak DCS Pro Back to fit the Contax.  This was only a 16 megapixel back but one of the first available for this camer.  I later upgraded to a Leaf Aptus 75S which had 33 megapixels.

Now I use the Nikon D850 which is much superior to any of the aforementioned and weighs in at 45 megapixels, The bottom line is that cameras have improved so much in the last ten years, one does not really need medium format to produce large prints.

These cameras all produce high quality images and it's hard to pick a favorite, but the D850 is simply amazing.

All my film images have been drum scanned for high resolution, then processed in Photoshop to bring back the light and contrast. Raw scans are pretty flat and need considerable work to rescue the light.

Digital images are processed in Capture One Pro, then finished off in Photoshop with the same goal in mind.